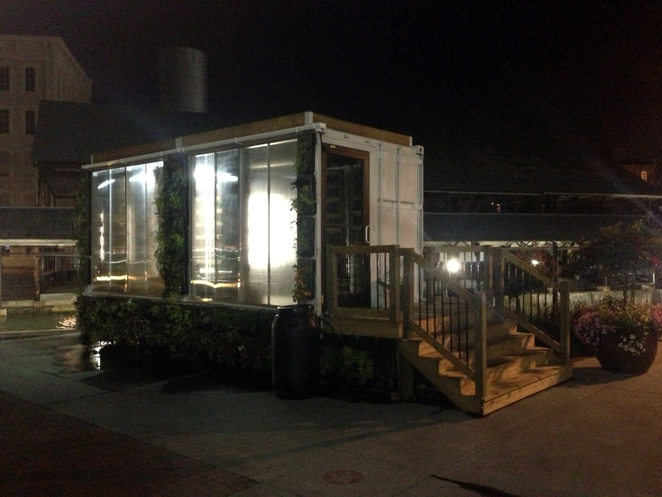 We recently reported on The Farmery, a Triangle-area start up hoping to integrate agriculture and retail in structures created from old shipping containers.

At the time, I noted that we’ll only be able to evaluate whether The Farmery can compete with traditional agriculture once it starts selling its wares.

Reported over at TreeHugger, Ben Greene is now operating what he calls a mini-farmery in the American Tobacco complex in downtown Durham, right outside the offices of Burt’s Bees. Here’s how he explained the concept to TreeHugger:

“The Mini-Farmery is a 20 foot shipping container converted into a pop-up shop and farm whose purpose is to prototype the experience of purchasing and grow food in the same space in order to demonstrate the full-scale Farmery’s retail concept. The Mini-Farmery is covered in living walls except for the windows and doors. A green roof on top of the Mini-Farmery is planted with tomatoes, flowers and sweet potatoes. Inside the container there are panels planted on one side with crops and the other side has shelving to sell produce grown by us and our friends. When the panels are finished growing, they are flipped around so that customers may harvest the crops.”

The system also incorporates mushroom growing in a converted shower, allowing customers to pick them right from the grow room.

You can connect with The Farmery on Facebook to find out more. 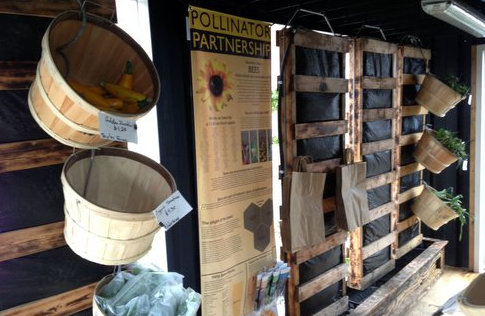