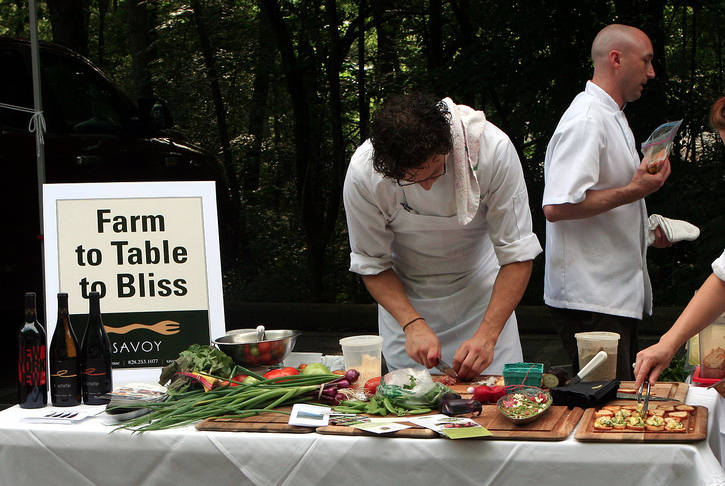 From city farmers cooperating with developers in Raleigh to an award-winning farm-to-table restaurant in Charlotte, North Carolina is not short of people working to make local food the norm, not the exception. Nowhere is that more apparent, however, than Western North Carolina, where new figures from the USDA’s Census of Agriculture show direct sales alone growing 69% between 2007 and 2012. As the Appalachian Sustainable Agriculture Project (ASAP) points out, these figures are note worthy because they are bucking trends seen elsewhere:

In addition to the growth in direct sales, the census also shows that Western NC added over 10,000 acres of farmland  between 2007 and 2012, while the rest of NC and the country lost farmland to development and other land uses.

Now we have to ask ourselves, how can this surge be sustained and what can other regions learn from Western NC’s success?