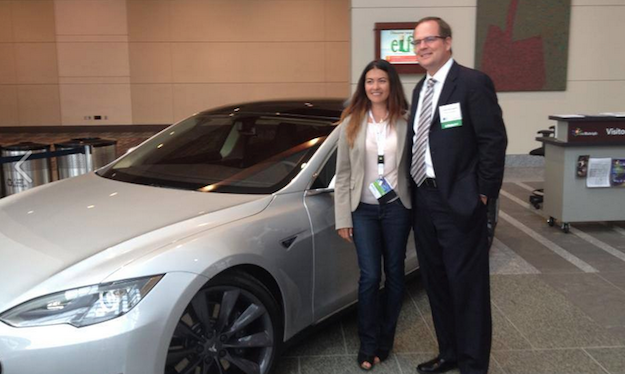 It’s not often you hear of race car drivers, utility executives, solar installers, bankers and politicians (from both sides of the aisle) gathering to discuss the future of clean energy. But that’s exactly what happened at the NC Sustainable Energy Association’s annual conference in Raleigh – entitled Making Energy Work.

Present throughout the conversations and presentations at the conference was a very real, tangible sense that the clean energy industry – and the energy sector as a whole – is on the cusp of profound, disruptive changes that have the potential to transform how we make, store, sell and use power for centuries to come.

A Disruptive Force
As FLS Energy co-founder Michael Shore (we’ll be posting a Q&A with Michael in the coming weeks) noted as he accepted his NCSEA lifetime achievement award, the industry has long been fighting to be taken seriously as a player in the energy sector. But from Michael’s own efforts in solarizing Camp Lejeune to Apple’s huge solar commitments in Charlotte, that picture appears to be changing dramatically.

Noting an influential report on distributed energy from the Edison Institute, he suggested that the whole structure of the traditional energy supply model is being rethought in the face of the rapid growth in renewables.

Efficiency As the First Fuel

With all the talk of green energy, solar, wind and biogas, however, Maggie Molina of the American Council for an Energy Efficient Economy, a nonprofit which serves to promote energy efficiency and conservation, reminded delegates that it’s not just about the power we produce – but the power we don’t use too.

“Energy efficiency” she said, “is the first fuel.” 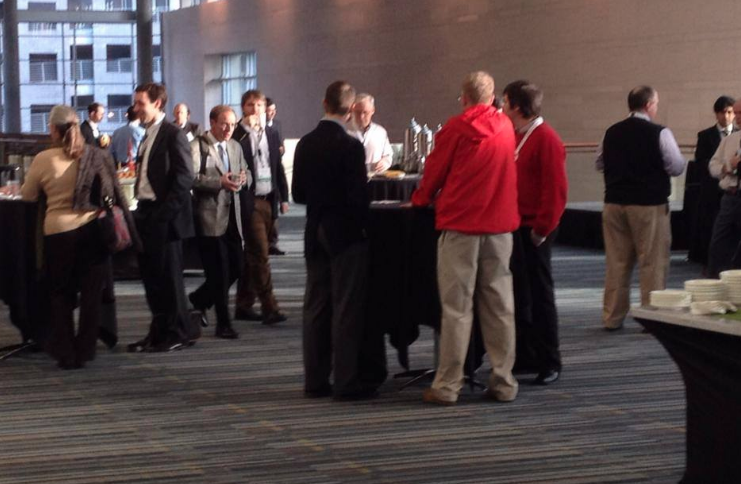 Given the dramatic growth of solar in NC this year, driven in part by tax credits, there was much talk among delegates about what happens when State credits phase out in 2015, and Federal credits follow in 2016. Consensus about what to do on this was mixed, with some delegates arguing for a campaign to extend them. Others suggested, however, that the industry should focus on some form of partial deregulation of the energy markets – allowing third party sales, for example, of electricity – where a company maintain ownership of an array but sells the electricity direct to the consumer, rather than the utility.

Conservative Voices for Clean Energy
Ideas like partial deregulation were particularly attractive, argued delegates, because they can circumnavigate the sometimes fractious party political divides over the role of government in supporting new industries. Indeed Conservative support for clean energy was evident in Raleigh, with five of the six politicians receiving awards for their clean energy efforts stemming from the Republican party:

Meanwhile another prominent Republican in the energy sector, Dr. Branko Terzic of the Deloitte Center for Energy Solutions, gave a keynote address in which he argued strongly that climate action is essential. With utilities doing less R&D than the pet food industries – due, he argued, to excessive regulation – he felt that it was left to startups and entrepreneurs to introduce real, workable solutions.

Financial and Legal Sector Well Represented
Several of the panels at Making Energy Work focused on an often overlooked past of the clean energy puzzle – financing. With bankers in attendance from Wells Fargo, Fifth Third, US Bank and others, and with several representatives from legal, investment and insurance companies too, it was clear that the industry’s growth and track record is attracting attention and innovation from mainstream service providers. And that, as Dale Freudenberger of FLS Energy noted, is resulting in lower costs of capital, as well as more appropriate insurance and legal services based on the actual risks and needs of the industry.

Ultimately, as NCSEA’s Ivan Urlaub noted, the Making Energy Work was a powerful, energetic reminder that despite the dramatic headlines and outstanding growth of recent years, clean energy’s journey into the mainstream is only just beginning.

There are big things to come.