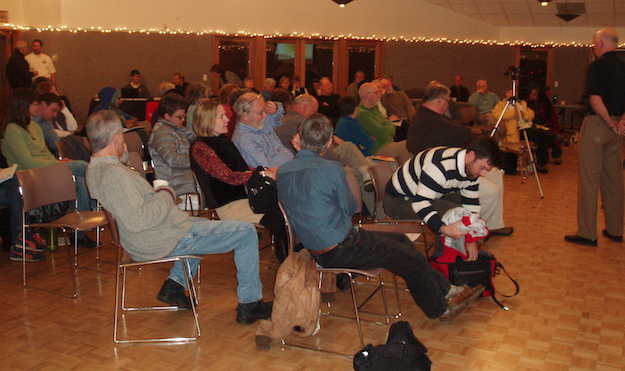 We already reported on how, under the banner of “Solarize”, grassroots solar initiatives are spreading across the state. This DOE funded effort has already kicked off in Asheville and Raleigh, and now Solarize Durham is the latest to get off the ground with a launch event on January 15th. We got in touch with Rita Leadem, Assistant Director of NC WARN, and to discuss what makes Solarize Durham so special.

What are the origins of the Solarize concept?

The Solarize model started in Portland, Oregon, as a grassroots effort to increase installation of rooftop residential solar systems. Since 2009, Solarize programs have spread to dozens of communities across the country and proven highly successful. The DOE Solarize Guidebook has a full list of communties reached so far, and it is also a great resource for general information about the Solarize model.

How does it work?

The Solarize model relies on non-profit connections and community relationships to organize interest and promote participation within a targeted area (neighborhood, city, etc).  The program allows for group discounts purchases of solar power systems, allowing participants to go solar at a cost even lower than retail prices – which have already fallen dramatically in recent years.  The pricing is based on a tiered system so that the cost of each individual’s system decreases as more people participate. Solarize removes the guesswork and barriers for the individual homeowner and simplifies the decision to install a solar power system to a yes or no proposition.

What’s NC WARN’s role in getting this off the ground in Durham?

NC WARN took notice of the Solarize model after seeing that it had been so successfully implemented in other cities – including Asheville, NC. We did research on best practices for the model, negotiated a contract with a local installer (YES! Solar Solutions), created informational materials, and our staff is already working hard to organize interested homeowners in several neighborhoods in Durham. We have taken the lead on Solarize Durham and are in communication with our nonprofit allies to help Solarize take off in other parts of the state.

The Durham Solarize program looks set to include efforts to make solar accessible to low income households. Why is this important?

We are exploring ways for Solarize Durham to pioneer making solar power accessible to low-income homeowners. We believe this is an important element of bringing Solarize to North Carolina. Low income homeowners who are interested in solar, but are unable to afford the full cost of the system up-front, are likely to be the same households that can most benefit from solar and the relief it would give them from rising electricity bills.

We are working with housing advocates and local community financial institutions to help families living in affordable housing to qualify for financing to install solar power systems on their homes.

North Carolina has recently seen a huge boom in solar installations – but these are primarily being driven by utility-scale solar farms. What needs to be done to get distributed, residential solar off the ground here too?

NC WARN strongly believes that distributed solar – particularly at the residential scale – is a critical part of a solar revolution that could change the fossil fuel dependent path of the electricity industry. A solar system allows a homeowner to reduce their carbon emissions, save money, and protect themselves from serial rate hikes by their utility. With the price of solar falling rapidly and massive state and federal tax credits to take advantage of (the 35% North Carolina tax credit is set to expire at the end of 2015 but any installation completed prior to the expiration can still take full advantage of the credit), solar is in position to take off in North Carolina. There needs to be a greater awareness and excitement around solar for it to really take off here – and we believe the Solarize program can serve as that spring board. Past Solarize communities have not only seen a huge spike in the number of solar installations as a direct result of the program, but also seen the number of installations outside of the program increase, too.