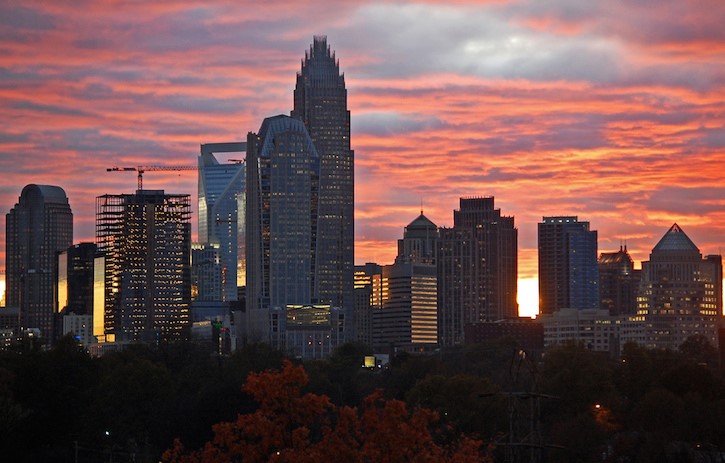 It’s hard to save what you don’t measure. But one North Carolina non-profit is hoping to use that insight to turn North Carolina’s biggest city into the most sustainable urban core in the United States.

Envision Charlotte has set itself an important goal—to utilize Charlotte’s Uptown to develop first-of-their kind programs in energy, water, waste and air to conserve resources and reduce operating costs. But what does the whole integrated approach of building a Smart City entail? And what does that mean for Charlotte’s competitiveness as a region?

One aspect of Envision Charlotte’s efforts include social-norming energy efficiency through their Smart Energy Now program. By displaying businesses’ energy usage over time, the public is able to observe how businesses are doing at reaching their energy saving goals.

Spokesperson and Executive Director for Envision Charlotte, Amy Aussieker, explains the thinking: “Displaying the data on Envision Charlotte kiosks in the lobbies of participating businesses raises awareness and reminds people to change their behavior in simple ways; turning off lights, turning off computer monitors, using revolving doors and using transit.”

“We have made significant progress since Envision Charlotte was launched in 2011. The program has already been instrumental in reducing energy usage in Uptown Charlotte buildings,” Aussieker says, “we look forward to announcing the results of our first 2.5 years of that program in the coming weeks.”

Aussieker says, “We will start installing the equipment to gather water data in the next couple of months, and we will soon gather real time data about waste as well.
Analyzing data can and will save our businesses money, making it less expensive to do business in Charlotte. “

“When we first put the energy meters in Uptown buildings, Duke Energy noticed that one of the buildings had a big spike in energy usage once a week in the morning. What they found out was an old CEO had a weekly meeting that he had programmed the thermostat to a low temperature for that time.  Changing that setting saved the building $40,000 per year.”

Envision Charlotte’s city-wide goal of 20% energy reduction is in progress, and once that takes place, Uptown Charlotte businesses will have saved around $16 million.