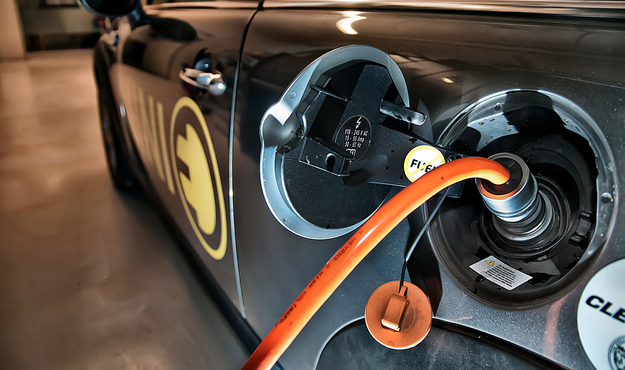 Whether it’s UNC reducing its energy use per square foot by 20%, NC State slashing water and energy consumption, or a coalition of universities promoting next generation semiconductors, North Carolina’s university system is already making waves when it comes to sustainability. Now the Robesonian reports that UNC Pembroke is being recognized for its sustainable transportation efforts, which have included car sharing, bike share schemes, transportation shuttles and, now, some newly installed electric vehicle chargers.

As the Robesonian also reports, these achievements—and more—were celebrated at the recent Appalachian Energy Summit in Boone on Appalachian State University’s campus.

At the conference, accolades were given to UNCP Chancellor Kyle Carter by UNC System President Tom Ross for the campus’ recent sustainability and energy management accomplishments. Some of those noted were, the new campus garden, signing the American College and University Presidents’ Climate Commitment, the self-imposed student green fee and being the first college in the state of North Carolina to become a partner with the U.S. Department of Energy’s Workplace Charging Challenge.

What’s important about such initiatives is not just the immediate energy savings they achieve. By demonstrating greener technologies and services, on-site sustainability initiatives can both help to inform and inspire academic research, as well as capture the imaginations of young people who are taking their first steps into independent adult life. If a Zipcar service on campus can help a young student rethink their need for private car ownership, who knows what impact it will have later in life?