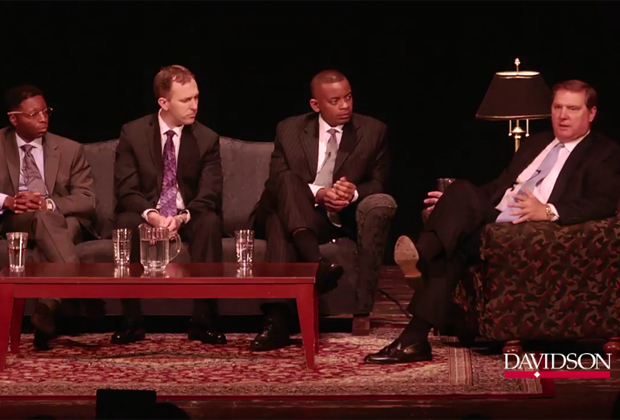 Eric Spiegel, President and CEO of Siemens Corporation, has a message for mayors: sustainability factors can influence a company’s decision of where to locate its next manufacturing facility. “As a global company that makes these investment decisions every day, we look very hard at how sustainable the cities are when we’re locating new plants,” he said while speaking on a panel at Davidson College in Davidson, NC on Tuesday, Sept. 5.

Siemens Corp. has more than $22 billion in sales and over 60,000 employees in the U.S. “One of the reasons we chose Charlotte to put our new gas turbine plant last year was because we liked the direction the city of Charlotte is taking around sustainability,” Spiegel said.  Infrastructure, education, access to universities, and many other factors influence site selection decisions.  Spiegel noted that the city’s investment in a new rail spur was critical.

But, Spiegel noted, “Sustainability is certainly becoming more and more important.  It’s difficult to get hundreds and sometimes thousands of people—the plant we have in Charlotte has added 800-900 new jobs; we hope to add another 500-600 over the next few years.  To find the people you have to have the education and training facilities, but you also have to have the kind of city environment that people want to live in.”

Spiegel spoke on a day when The Washington Post featured a story about the Charlotte plant (“Siemens plant in Charlotte offers lessons as Obama, Romney talk job creation”) and what some see as a larger trend of bringing manufacturing back to the U.S.

Certainly, local sustainability efforts won’t be the highest priority for most companies considering new manufacturing locations.  But Spiegel’s remarks signal that Charlotte’s energy and sustainability leadership efforts have not gone unnoticed.  And in some cases, sustainability may just be the differentiating factor in a competitve bid for new employers.