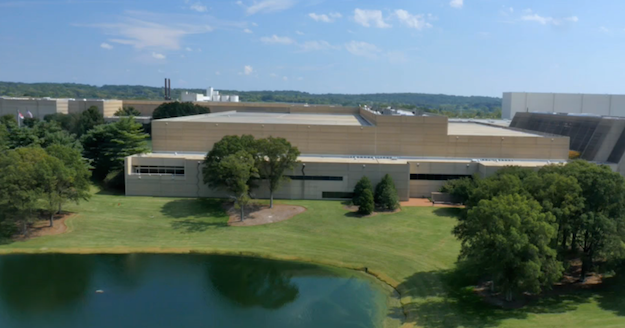 On Tuesday, October 29th, international press, dignitaries and energy leaders gathered in Concord, NC to hear plans for a brand new battery plant that could bring thousands of jobs to North Carolina in the coming few years. Backed to the tune of $1bn by anonymous Swiss investors, and headed up by Norwegian former dot com entrepreneur Jostein Eikeland, Alevo plans to be manufacturing its “Gridbank” energy storage and analytics systems by July of 2015 on a corporate campus located at a former Philip Morris plant which closed in 2009.

This technology, if proved viable (no full-scale demonstration models currently exist), could radically change how our entire energy grid operates. Energy storage will allow easier, more efficient integration of intermittent, renewable sources of energy like wind and solar—smoothing out bumps when the sun doesn’t shine or the wind doesn’t blow. It would also enable coal plants to maintain a more steady, efficient output, rather than cycle their production up and down depending on demand—a process which burns fuel less efficiently and produces more emissions. Alevo representatives claim it’s Gridbanks could cut emissions from a typical coal powerplant by as much as 7%, and save utilities as much as 30% of the energy that is currently wasted in the grid.

The plan, says the company, is to be manufacturing 40 grid banks per month, each of which provides 1MWh or storage capacity, by July 2015 and could be producing 16,000 units a year within five years —a scale which has taken many clean tech experts by surprise. (According to press reports, Alevo has been developing its technology in “stealth mode”, with many experts not even familiar with the company or its offerings.) While 500 jobs are in the works for the first year, Alevo expects to employ 2,500 within 3 years, with the final figure possibly rising as high as 6,000 if and when suppliers relocate to the same campus.

With North Carolina solar capacity growing rapidly, it seems like a logical next step for the state to also welcome a potentially gamechanging player in the energy storage sector. The announcement has made headline news internationally. Eickeland told Britain’s Guardian newspaper that Alevo already has agreements with the Turkish state power authority, and is in discussions with utilities around the world:

“It’s a gamechanger. If we can take some of the massive energy that is wasted today by mismanagement of the grid and inject it where it is needed, everybody wins,”

Unsurprisingly, for a state hit hard by the closure of tobacco, furniture and textiles manufacturing operations in recent years, much of the local coverage has focused on the huge potential for job creation.

Alevo reports, and Reuters says State officials confirmed, that the company is not accepting any state incentives for relocating to North Carolina.