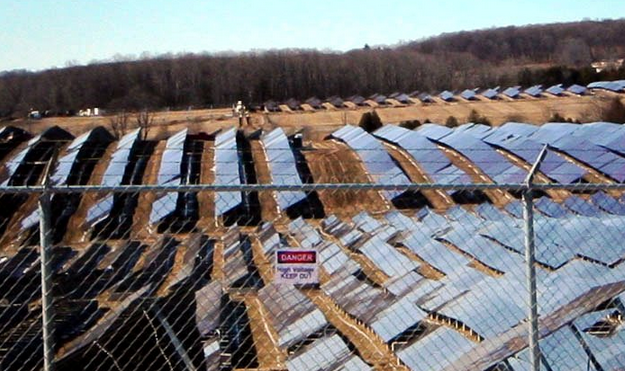 Two major announcements from Duke Energy suggest that the advance of utility-scale solar power in North Carolina appears to be picking up speed. Firstly, Duke Energy Renewables announced it would build 3 large-scale solar farms in Eastern NC, totalling 52MW of installed capacity. As Charlotte Business Journal reports, this deal was made possible by a 20-year power purchase agreement with American University, George Washingon University, and George Washington University Hospital and, as such, the location of the project is crucial:

The eastern North Carolina location is key for the project. The three institutions were determined to buy power from a new renewable source built in the PJM grid service region that serves Washington.

The project is also notable because, according to Doug Kudravetz, the interim CEO at American University, the institutions were expecting a wind power purchase to be the cheapest option. This underlines once again how fast solar is becoming competitive with more established sources of energy.

Meanwhile The Wall Street Journal Market Watch reports that Duke Energy has also approved an 80MW solar farm to be built in central North Carolina—dwarfing the size of existing solar farms in the state. (This is just one of over 620MW of solar projects proposed by Asheville-based Innovative Solar Systems:

Innovative Solar 37, LLC is an 80MW solar farm project that will be located in the middle of the state to be built on approximately five hundred acres of leased land and will supply enough electricity to power approximately 20,000 small to medium size homes. The CEO of Innovative Solar Systems, John Green states that this is the largest solar farm approved to be built to date in the state of North Carolina. This project is a ground mounted type solar farm system and will employ roughly 300,000 solar photovoltaic panels and eighty inverters that will feed the energy to the Duke grid.

With broad support for solar power crossing party lines in North Carolina, it seems likely these latest developments will be welcomed across the state.