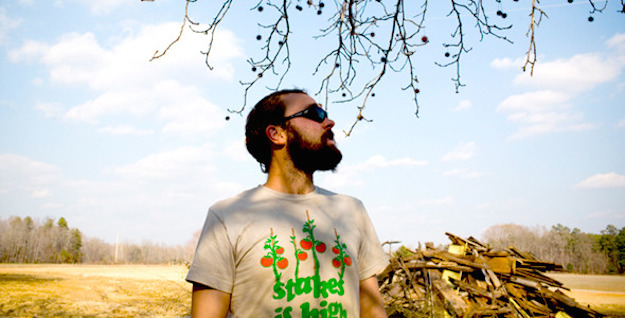 To be a successful small farmer, you have to be resourceful. And to be resourceful, you usually have to innovate – using the resources available to you to take care of the land, ensure a good yield, and find ways to bring your crops to market without losing your shirt. RAFI (Rural Advancement Foundation International), a Pittsboro-based non-profit has been awarding grants to farmers for over 17 years, helping farming communities to transition away from tobacco as a cash crop, and toward more diverse, resilient and financially stable forms of family farming – and of these projects, more than 80% have been successful.

But one project does not a transition make.

RAFI has been documenting the grants it has awarded, tracking the success of projects, and compiling lessons for others to learn from. Examples have included:

Working with open source farming advocates Farm Hack, the group has launched a Kickstarter campaign called “Growing Innovation” to take the story of these initiatives, which currently exist in an archive that’s about 16ft thick they say, and turn them into an online library and print book, providing case studies and practical ideas for other farmers to replicate and build on.

The plan is to raise $14,000 to fund this project, and at the time of writing they’re just over a third of the way there. Here’s the pitch:

The campaign has already captured the attention of the popular Make Magazine, which declared that “the future of farming is open source”, while noting that this is the way it’s really always been done – despite the popular misconception of the “simple life”:

“Farmers are innovators, which is a nice way of saying that they really like to tinker with things. They were hacking complicated machines and developing new technologies long before server farms sprouted up and cloud computing reigned. Despite the fact that some farmers in the US began using satellites to help manage their farms back in 1994, many of us still picture farmers commanding nothing more advanced than a rusty, old John Deere.”

As independent farmers begin to face the daunting challenge of climate change, resilience and adaptation have never been more important. Projects like Growing Innovation may be key to helping small farmers thrive.