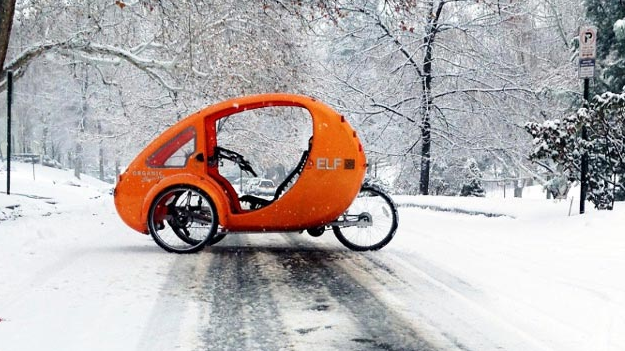 Photo: Companies like Durham-based Organic Transit may benefit from a generation that isn’t too interested in cars.

From the development of a Chapel Hill-Durham light rail route to the economic boost provided by new bike infrastructure, there are plenty of signs that North Carolina—and the Triangle region in particular—is beginning to think about mobility outside of the car-centric business-as-usual paradigm. That might be a very good thing for our economy if demographic trends are to be believed.

Researchers at UNC recently compared the driving habits of Millenials—meaning those who were between 19 and 30 in 2009—to those of “Gen Xers”—meaning those who were the same age in 1995. The result was pretty dramatic: On average, Millenials drive 7 fewer miles a day. As detailed over at the News and Observer, there are many contributing factors to this shift—ranging from cultural to economic to environmental. Many Millenials, for example, came of driving age during the Great Recession, so may not have the financial resources to invest in their own car. The popularity of downtown living, combined with a “need” to stay connected via wi-fi and or mobile devices, may also be playing a role.

If this research does prove correct, and if the trend continues, it seems highly likely that policymakers will need to take shifting mobility patterns into account when planning future development. More from the N&O piece:

This cooling interest in driving was brought home at a Wake County transit planning meeting in late 2013. The speaker was Jesse Lipson, a Citrix executive then in the process of hiring hundreds of technology workers – median age 28, he said – for his company’s new downtown Raleigh office.

“I would say our employment base tends to be pretty progressive,” said Lipson, then 36. “They’re interested in things like living close to work, walking to work, biking to work, taking the bus and taking trains a lot more than most people do.” The thought of driving to Durham for a business meeting was almost too hard to bear, he said.

Of course, it’s important not to read too much into any one study. As noted by Autoblog, other recent studies have suggested that Millenials drive more—not less—than their older counterparts. Still, with the aforementioned light rail moving ahead, and with more and more downtown apartments being built in cities across North Carolina, we may find that infrastructural changes will embed and solidify the demographic shifts that may be emerging.