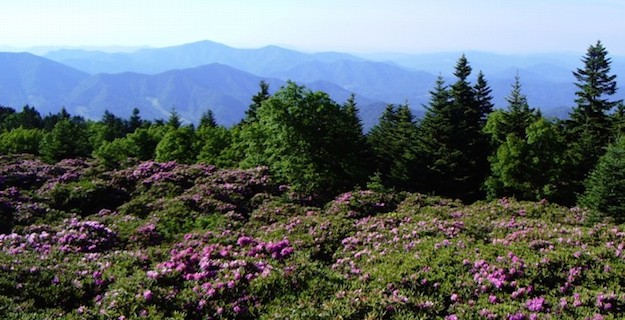 From Ducks Unlimited preserving over 100,000 acres of wildfowl habitat to the Audubon Society teaming up with local landowners to protect migratory birds, our region has seen significant efforts in recent years to preserve and improve biodiversity.  Cherokee One Feather reports that The Eastern Band of Cherokee Indians has just marked an important milestone in its environmental efforts, opening a state-of-the-art greenhouse to be used as a native plant nursery. The facility will provide plants for the tribe’s frontline conservation and environmental rehabilitation work, plants which previously had to be purchased from outside contractors.

Patrick Breedlove, project manager within the EBCI Office of Environmental and Natural Resources, explained the significance of the launch to Cherokee One Feather:

“This greenhouse is to propagate five native plant species including: silky dogwood, black willow, Carolina rhododendron, Catawba rhododendron, and mountain laurel.  Over the past three years, we have installed about 75,000 plants so this facility is going to be critical, and one goal for our program, going forward, is to provide native plants for tribal projects and providing cultural significance to the projects on the reservation.”