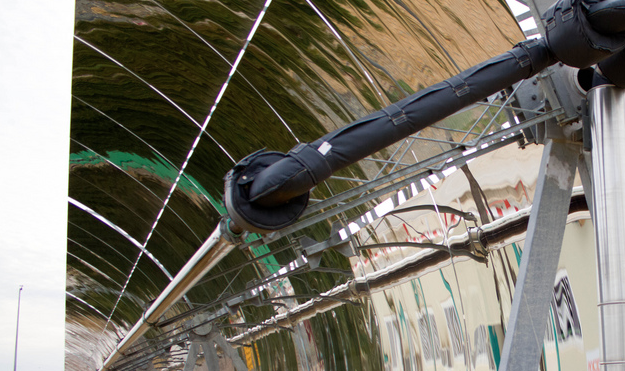 There’s been much hype around the concept of concentrated solar power.

These systems use concentrating mirrors to focus sunlight on a much smaller array of solar photovoltaic (PV) panels. (Some systems focus sunlight to produce heat, which is then used to drive a turbine to produce electricity.) As photovoltaic prices have come down, however, both in terms of the equipment itself and associated installation costs, some have questioned whether concentrated solar can continue to keep up.

A team of researchers from 4 Triad univesities believe it will not only keep up, but might beat the cost of PV – even in the Southeast. (Concentrated solar has typically been deployed in desert regions.)

Here’s more from the project homepage:

“A hypothesis driving this project is that commodity materials and technologies can be used in novel combination to achieve drastic cost reduction in solar electric generation, to an extent that cannot be achieved in the near term by the incremental route of improving the performance of already highly-developed photovoltaic materials. Nature can be pretty unyielding on the basic material parameters when you have already been pushing them to the limit over 40 years.”

Among the options for electricity conversion technology being evaluated are double or triple junction PV cells cascaded with bismuth telluride thermoelectric converters, Stirling engines, and thermal electrolysis for generation of hydrogen and its fixed-site storage and use of fuel cells for off daylight and load leveling capability.

The project is a collaboration between NC A&T State University, UNC Greensboro, Winston Salem University and Wake Forest University. The Triad BizBlog has more on this exciting collaboration.