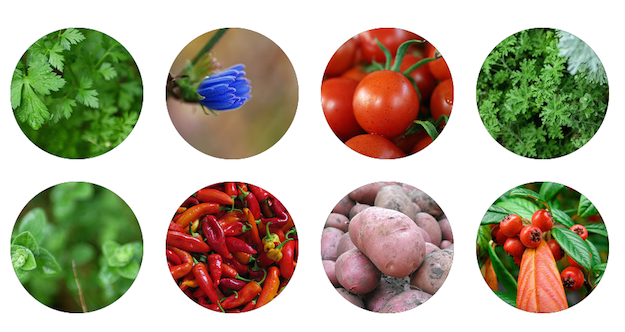 Would North Carolinians consume more local produce throughout the year if it were inexpensive, and already in processed, “ready-to-use” form, available for purchase in grocery store freezer sections?

Daniella Uslan is looking to find out with an innovative business model she developed entitled Seal the Seasons.

What began as a concept to reduce food waste and make local produce more affordable for low-income populations has gained momentum and become a way to improve profits for farmers and make it easier for schools, hospitals, and restaurants to incorporate more local food in their menus, throughout the year.

“If food distributors and food retailers want to increase fruits and vegetables offered because of the health benefits, we want to make it easier and more affordable for them to do that,” says Uslan, “we want to level the playing field for what all kids in all cafeterias are being served. Many cafeterias don’t have the capacity to serve nutrient-dense meals from fresh ingredients because of equipment and funding limits.”

“When local fruits and vegetables are more processed (cleaned, chopped, and ready to use) and easier to store (flash-frozen), they are more likely to be used in schools and other kitchens where time, money, and staff are incredibly limited. In schools, if you’re reheating food anyway, it might as well be nutrient-dense, local food. Schools are our first frontier,” adds Uslan.

Adding Value
The goal of Seal the Seasons (STS) is to increase value and expand the market for local produce on every link of the supply chain.

“Starting with the farmer, we want to buy food that is unmarketable and has unrealized profits. Lots of food is grown for aesthetics, but in most situations we don’t need perfectly shaped okra or squash. We want to buy that [less aesthetically “perfect”] product and incentivize the harvest of that product. We’re also doing free advertising, and increasing supply, which will overtime increase demand,” explains Uslan.

STS begins by buying food from local food aggregators, since they have Grade B produce at their level and they already have working relationships with their farmers.

“I’m a big believer in the food hub. With all these food system partnerships working together in sync, no one has to take the full brunt of working at every level in the supply chain. Seal the Seasons will work to add value to and expand systems already in place,” says Uslan.

Competing with Conventional Supply Chains
“In time, we want the local food distributors to be as strong and high-volume as the conventional ones…they’ve learned such efficiencies, so we’ve got to do high impact stuff to get there. However, big, conventional guys like Aramark and Cisco haven’t learned to work with small to medium scale farmers and are not as nimble as we are,” states Uslan, “conventional guys truck in food from all over the world because it’s about profits. But as the consumer becomes more socially aware and we’re easing out of organic into appreciating local and small-scale diverse farms, the big guys won’t be able to respond. So its up to us,“ believes Uslan.

Much has been learned from the weaknesses in the models used by conventional Big Food distributors. STS plans to have their own flash freezer in the Triangle, and then replicate scalable hubs all over the country.

Recovering Blemished Produce
Uslan learned about other companies doing similar things during her tour of the country with a scholarship from the Millennial Trains Project in 2012. She learned how innovative food projects around the country are incorporating more localized systems and tying them to consumers in meaningful ways.

“They are not incorporating the gleaning and food recovery aspect though. That’s what sets us apart,” explains Uslan.

Progress So Far
STS is currently working to make their vision into a reality, but they have accomplished many feats on the path up to this point and gained recognition for their concept of synthesizing business with social justice while filling gaps in the food supply chain. STS took part in the CUBE Business Accelerator at UNC and won $5000. STS also received a $2000 UNC Community Engagement Scholarship, participated in a Duke start-up clinic for free counseling and took part in a 6-month “Launch the Venture” class at UNC-Chapel Hill’s Kenan Flagler Business School. STS also competed for an Agricultural Innovation Prize in Wisconsin and learned how to be more energy efficient in their work from different agricultural innovators around the United States.

Aside from Daniella Uslan, CEO, the STS team includes Will Chapman, CFO and biochemist, Elizabeth Metzler, COO and health behavior and public health student who is learning to tie public health into business, Patrick Mateer, a rising senior undergraduate student at UNC-Chapel Hill who just got into a semester-long business accelerator program at UC Boulder for entrepreneurs, and Kristen White-Blank, who is helping with branding.

This summer, Uslan will be working to measure interest with potential customers, including restaurants, institutions and retailers. For instance, The Pig, a local barbecue restaurant, has already said they would buy frozen local okra year-round for one of their stews.