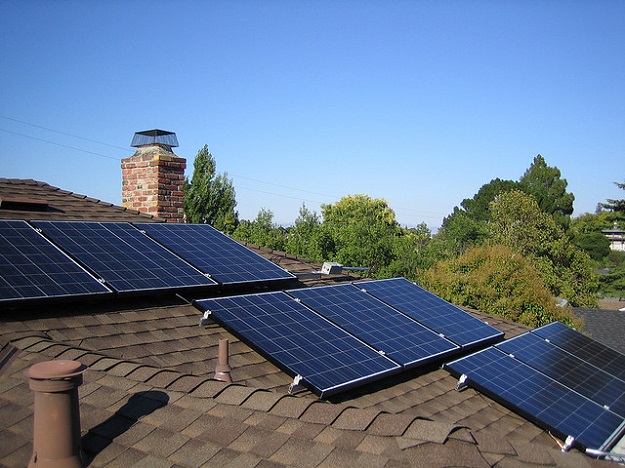 We’ve reported  previously on “Solarize,” a DOE-funded initiative with grassroots momentum to ramp up residential solar. NC WARN, one of many organizations running Solarize campaigns across the state, launched its first project in Durham a year ago in January. Now it is focusing efforts on the Triad region.

The Solarize model aims to make home rooftop solar installation affordable through a tiered pricing scheme that drops as registration increases. Through April 17, Triad residents may enroll in Solarize Triad, which offers not only free solar assessments but also free energy efficiency audits, thanks to a project partnership with Clean Energy for Us. An information session will be held February 9 at Greensboro Central Library.

In Durham, while 380 people signed up for the solar assessment, only 33 actually signed contracts for installation totaling 160.9 kilowatts. NC WARN’s Solarize Coordinator Sally Robertson says results from the group’s second site, in Chatham County, were more impressive. They were able to reach Tier 5, the most affordable level, by garnering 64 contracts totaling 330 kilowatts.

“Durham was great, but we were just getting started. In Chatham, we knocked it out of the park,” says Robertson. She attributes their success to lessons learned in Durham, and because of a strong and dedicated group of volunteers, with assistance from the Sustainable Technologies program at Central Carolina Community College in Pittsboro.

Because residential solar tax credits sunset on December 31, Robertson says they were able to lay out the financial case for signing up. “They see the prices and, with the tax discount, they realize it’s not going to get a lot cheaper than this. Now’s the time. On the other hand, in Chatham we had a lot of retirees sign up who wouldn’t benefit from the credit and, in those cases, it was an environmental decision. They wanted to do their part.”

A small percentage of every contract is channeled to an NC WARN fund to help low and fixed-income families pay for solar. While the tiered pricing scheme makes the program more affordable, installation is still a big financial commitment, and the group’s toughest challenge has been working out a replicable structure that’s accessible for low income families. Efforts to link up with housing groups have so far been unfruitful, and Robertson says NC WARN is still actively seeking community organizations to partner with on this piece. The state’s ban on third party sales, which protects Duke Energy from competition, hinders the group from implementing models that have worked successfully elsewhere, according to Robertson.

After the Triad campaign, Solarize will return for another swing through Durham and Chatham, and they will also host a Solarize program in Western Wake from April to June. With the looming expiration of tax credits, installers recommend having a contract in place by August 31.  “There will be a back up by the end of the year,” advises Robertson.