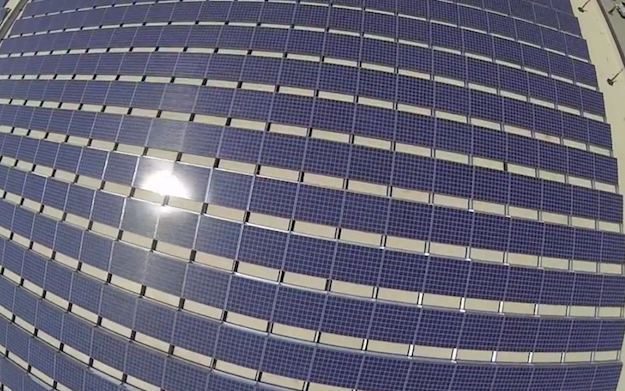 From Mother Earth’s green-built brewery in Kinston, NC to Raleigh’s Crank Arm delivering beer by bike, NC’s craft brewing scene is full of contenders who are pushing sustainability almost as hard as they are pushing hops. As large brewers open facilities in the state, it looks like that trend is set to continue. Take Sierra Nevada’s new Mills River facility, for example. Sporting 2,030 panels over nearly two acres of rooftop, the facility is said to have the potential to produce 710 kilowatts of DC power.

Opening soon 10 miles South of downtown Asheville, the Mills River site also features solar canopies in the parking lot, and trees which were felled to make room for the brewery were milled into lumber locally and reused during construction.

The result is a highly visible demonstration of sustainability in action.