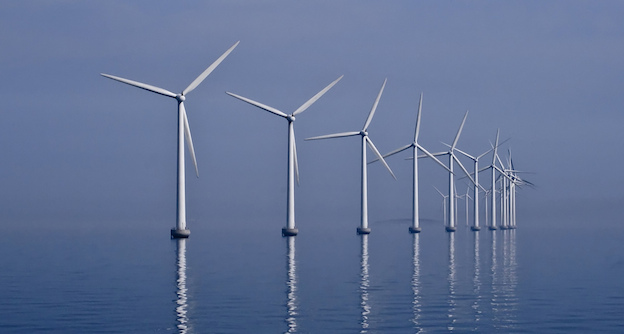 North Carolina is experiencing a significant surge in utility-scale solar power development but, so far, wind energy development has lagged behind in the state. Offshore wind, however, may be a game changer. Stronger, more consistent winds—combined with a greatly reduced visible impact compatred to onshore wind—has meant that offshore wind development has become a favorite for policy makers in many parts of the world. The UK, for example, increased its wind energy capacity 80% between 2012 and 2013, moving from 1,858MW of installed capacity to over 3,321MW in just one year.

Now the N&O reports that scientists are mapping the sea floor and monitoring conditions off the coast of North Carolina. The idea is to determine both whether wind power installations are economically feasible and whether they can be developed in an environmentally sustainable manner, without undue harm to marine habitats:

“North Carolina reportedly has some of the best conditions for wind in the Southeast United States,” said Chris Taylor, National Oceanic and Atmospheric Administration research ecologist at the National Centers for Coastal Ocean Science lab in Beaufort. “Our proximity to the Gulf Stream promotes relatively consistent strong winds that can have the potential for producing energy if utilized in the right way.”