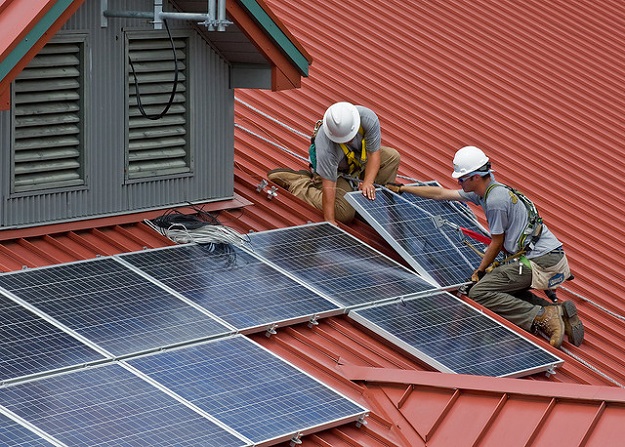 NC GreenPower has announced two new pilot projects that signal a shift in the organization’s focus. After more than a decade of helping to boost the state’s voluntary renewable energy portfolio through production-based incentives, the group is transitioning its direction toward school solar installations and other community impact projects more likely to galvanize contributor support.

A Changing Landscape for Renewable Energy

Launched in 2003, NC GreenPower is a Raleigh-based non-profit that has supported nearly 1,000 projects across the state, with emphasis on residential solar PV. The first initiative of its kind in the nation, the program pools support from donors who contribute in $4 increments through their utility bill. Only 25 percent of this donation is kept for marketing and administrative costs, and the $3 remainder goes toward payments to renewable energy generators. Since 2003, donors have supported the generation of more than 550 million kilowatt hours of renewable energy on NC’s electric grid and have helped offset 28,493 metric tonnes of greenhouse gases.

In the last decade, the state has seen a dramatic shift in the renewable energy landscape, due in part to NC GreenPower’s incentive program. By 2014, according to the organization’s website, North Carolina was ranked third in the nation for solar PV installations, with more than 2,500 registered solar PV installations statewide, as well as more than 60 wind turbines, more than 70 hydroelectric facilities, and 32 landfill energy projects in operation. In recent years the cost of solar PV has decreased significantly, from around $10 to around $4.50 per watt, and federal and state tax credits have made this technology affordable to a large portion of the population.

But the $1 out of $4 contribution model has never been enough to sustain NC GreenPower’s program costs in the long term, and donations to support a general pool of generators have decreased, according to the group’s recent pilot proposal submitted to the NC Utilities Commission. With nearly 600 Renewable Energy Credit (REC) generators in the current program, incentive payments and their accompanying administrative costs exceed donor contributions.

When NC GreenPower approached its ten-year anniversary, its strategic planning committee partnered with the Solar Electric Power Association and the UNC Environmental Finance Center to study other green pricing programs and assess GreenPower’s options to stay viable. Their research discovered that similar production-based incentives programs were changing because of high administrative costs and a decrease in public contributions.

NC GreenPower Vice President Vicky McCann is quick to point out that the program still enjoys the support of 9,000 contributors, but she says they are looking at moving toward a model where donors can see the direct impact of their contribution. “We’ve seen from other studies that people want to have a direct connection to things they support, and that they would be thrilled if they could put their money to support their son’s school down the road or the high school they used to attend in the next town over. They’re more inclined to donate to something that’s tangible,” says McCann. “The cost has gone down dramatically, and there are a host of different reasons why people are less inclined to support general projects across the state instead of specific projects.”

On January 27, the NC State Utilities Commission approved the launch of two pilot projects that will test a new direction for NC GreenPower.

“The 50/50 hybrid takes part of the old program and combines it with part of a new program,” explains McCann. Half of the $4 contribution will continue supporting generator incentive payments, and the other half will be applied toward solar installation projects at schools across North Carolina.

The pilot will be open to applications from all K-12 schools across the state, though special emphasis will be made to target Tier 1 counties with the most need. The program will include provision of monitoring equipment so that students can learn about real-time energy generation, as well as curriculum development assistance so that the project can be incorporated into classroom lessons on science, health, math, and more. “We hope to be able to arm our teachers with a really fantastic educational tool,” says McCann.

NC GreenPower donations will match 50 percent of project funds up to $10,000; the balance is to be raised by the school and surrounding community. NC GreenPower will help market and raise support for the school campaign through use of its website fundraising tool, my.ncgreenpower.org, and will play a close role in contractor selection and other administrative aspects of the project. “When we’re using contributions, we want to make sure it’s done well. Advanced Energy, our parent company, has engineers with a lot of experience so we feel like we can deliver a sound project, and once it’s installed we hope the teachers and students can maximize the benefits of the tool,” says McCann.

The second new pilot is an ownership transition model that will help pay for large-scale renewable energy projects at schools, non-profits, and other community locations to offset facility usage.

Through this pilot, NC GreenPower will partner with a third party who will recruit investors and form an LLC to pay for the upfront costs of the system. The investor group will own the system and sell the electricity to the utility for a six-year period, allowing them time to gain return on their investment, in addition to payment from NC GreenPower’s contributors for the associated Renewable Energy Credits. After six years, investors will donate the system to the host site. When the school, non-profit, or community takes ownership, they can continue to sell electricity to the utility to offset their electrical consumption and will own it for the life of the system.

The pilot projects are planned for an April launch. “We have a lot of work ahead of us,” says McCann. “If we can get more people to donate, we can do more across North Carolina. We hope to learn a lot and find success during the pilots and make it a real program that will positively impact as many schools as possible.”