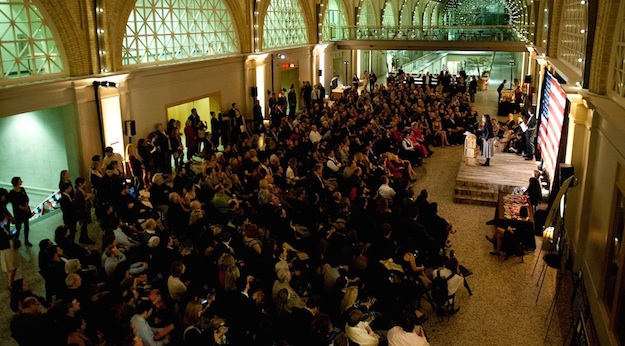 The Good Food Awards take place at the beginning of each year to honor those producers making food that is simultaneously delicious and socially and ecologically responsible. Out of 1,462 entrants, 14 different North Carolina products made it into the final round and nine were awarded the top honor.

Hillsborough-based Farmer’s Daughter Pickles and Preserves managed to snag two separate awards, one for their Sweet Corn & Pepper Relish and one for their Strawberry-Honeysuckle Jam. Two Chicks Farm, another Hillsboroug- based company, received an award for their Kimchi, which they grow most of the ingredients for themselves.

Looking Glass Creamery of Fairview won an award for their Connemara goat cheese, which they make in small batches of 8 to 12 wheels at a time.  The milk for the cheese comes from Round Mountain Creamery in Black Mountain.

Raleigh-based Crude Bitters and Soda brought home an award for their Rizzo Bitters, a mix of rosemary, grapefruit and peppercorn that pairs well with gin, tequila and whiskey to make high-class cocktails.

North Carolina’s nine awards represent a major jump from last year, when it won only five awards. It received the third most of any state, behind California and Oregon. Our picklers, cheese-makers, chocolatiers, distillers, brewers, butchers, coffee roasters and farmers work together to make some of the highest quality food products in the nation.