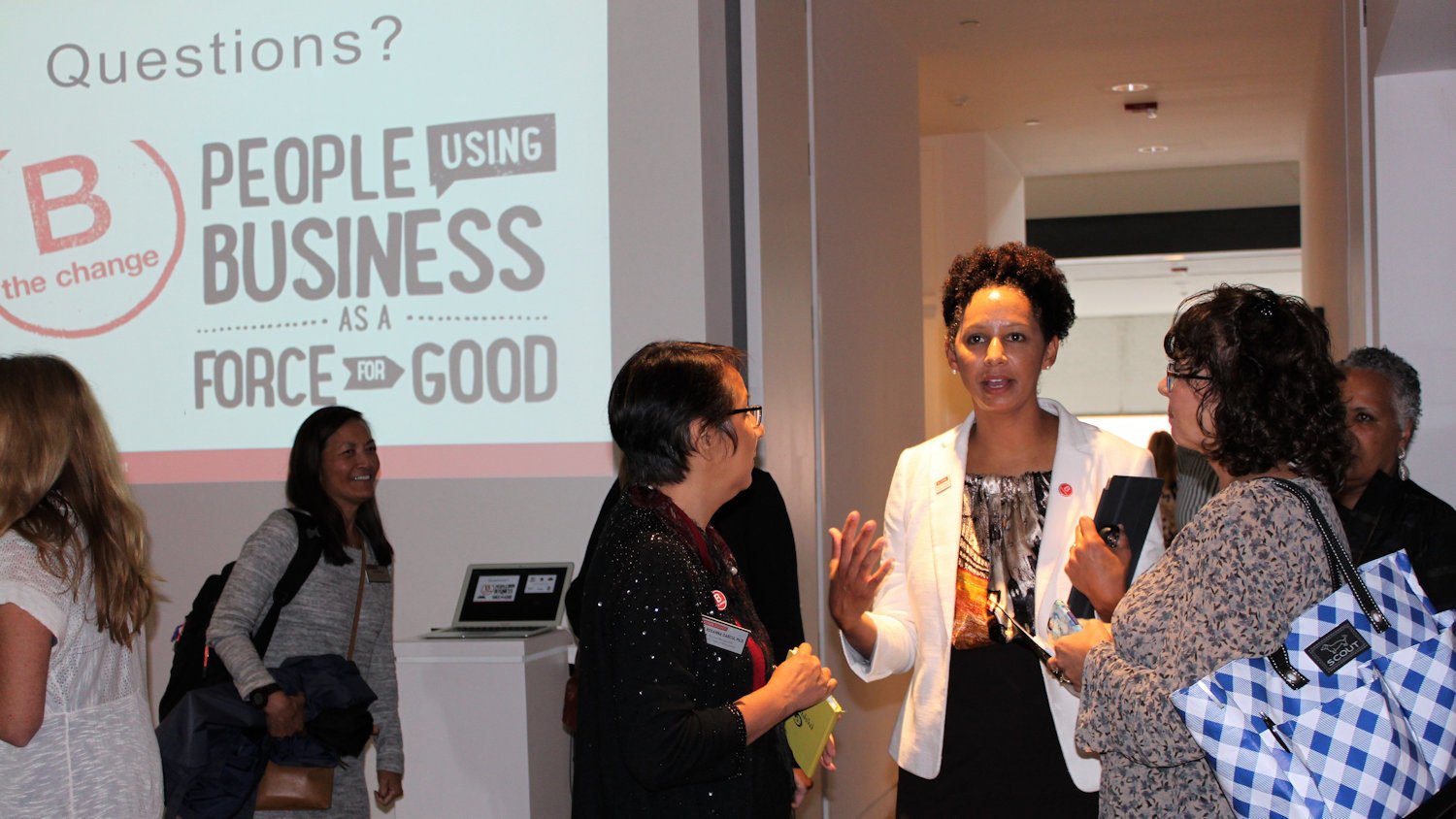 A global movement to inject business culture with a more altruistic outlook is being led by Triangle-area academics. The ‘B Corp’ movement, which encourages corporate responsibility, is a legally recognized form of incorporation in 32 states and Washington D.C., with thousands of participating businesses across the country and around the globe.

North Carolina State University’s Poole College of Management and the Business Sustainability Collaborative (BSC) based in the college are recognized as leading voices in this movement.

At the 2016 B Corp Champions Retreat in Philadelphia, Penn., BSC Director Jessica Thomas received the Bill Clark Award. This award, named after the lawyer who created the B Corp model legislation used nationwide, is given to someone outside of a certified B Corp who has made a large contribution to advancing the B Corp movement.

As BSC director, Thomas helped found the Global B Corp Academic Community. In cooperation with B Lab (the nonprofit organization that certifies B Corps), she and others in the BSC work together with their partners in the B Corp Academic Community to unite academics around the world who are interested in studying and teaching about B Corps and to share best practices.

When asked to define B Corps, Thomas described them as “businesses for good.” “This is not meant to imply other corporations can’t or don’t do good, but only that this is a way to organize those efforts in a way that’s embedded across the business model and keeps the companies accountable,” she said.

Certifying organizations look into how a business acts in areas including the treatment of employees, community charity, customer relations, care for the environment and overall governance. If the company scores an 80 or higher out of 200, they can be certified.

In states that have B Corp legislation, companies can register as B Corps, which is a less-strenuous path. To register, the company first needs to write into its articles of incorporation that the business will be responsible to stakeholders (like the community, the workers, and the environment) rather than just shareholders.

As a leader in the B Corp movement, NC State’s Business Sustainability Collaborative took a key role in the annual global meeting of the B Corp Academic Community which took place in Toronto, Canada, in 2017.

Among the speakers at the community roundtable were faculty from around the world including the University of Alberta in Canada, the University of Auckland in New Zealand, Nottingham University Business School in China, Universidad Adolfo Ibáñez in Chile and others.

Thomas had a key role at various points in the conference, including the roundtable and planning committee. Liz Tracy, who leads HQ Raleigh, a business incubator and B Corp in downtown Raleigh, also participated and spoke on the topic of “How academics can successfully engage with B Corps.”

Bringing the vision back to the Triangle

The conference was meant to engage academics around the world on the topic of B Corps, but Thomas and her team do not just keep these concepts in the classroom.

“Every semester we run a B Corp Clinic for students from North Carolina colleges and universities that connects them with Triangle area businesses working toward B Corp certification,” Thomas said. “From large technology companies like Red Hat to local ventures like Eastern Carolina Organics, the students get hands-on experience working to embed social, environmental and community impact into a range of business models.”

While North Carolina has not passed B Corp legislation yet, Thomas said she believes that with the momentum of this movement, it is only a matter of time.

This article was written by WRAL for the Poole College of Management at North Carolina State University as part of WRAL’s sponsored Spotlight series.