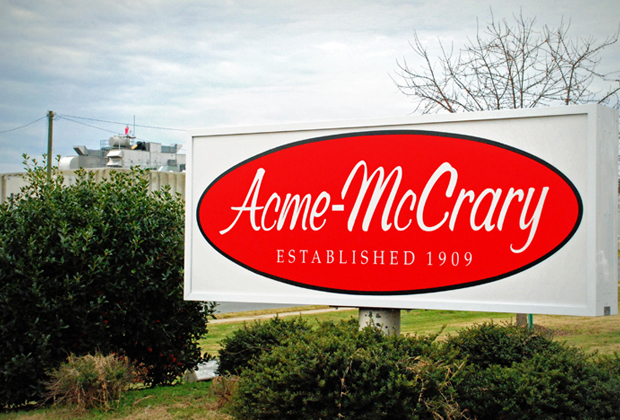 Acme-McCrary’s efforts kicked into high gear in 2009, when Walmart launched its Sustainability Index, asking suppliers to report on a set of sustainability metrics. The company makes socks, tights, and private-label pantyhose for Walmart and other retailers. “It’s almost like a fire, and it just took that one spark,” says Plummer. “Acme really jumped in with both feet and said, ‘we are going to do this and make a difference.’”

Plummer explains, “We started this as a grassroots effort.  Then we had people come in and do ‘waste walks’ to help us try to do better. Our goal is ultimately zero waste.” The company actively works toward that goal by measuring all recyclable manufacturing waste, as well as how many containers are taken away to the landfill.  It tracks 16 different waste streams including cardboard, construction material, steel, and wood. The company also began working with its suppliers to have them take back yarn caps, yarn tubes, pallets and more—at the vendors’ expense—to be reused or recycled. The number of tons recycled from manufacturing jumped from 400 in 2010 to 584 tons in 2011. Just last year, paper use was reduced by nearly one million pieces of paper in their sales office.

In these efforts, Acme-McCrary makes a point to engage its employees.  Its Green Team is made up of representatives at all levels of the company—from C-suite executives to sewing machine operators—who help determine how Acme-McCrary can be a better steward of the environment.  Employees are offered green living tips through the company’s quarterly “Trash Talk” newsletter, and encouraged to bring recyclables and e-waste to work for recycling (Randolph County residents have to pay for recycling). In turn, Acme-McCrary uses the savings generated from recycling programs to give employees perks like reusable bags and mugs. 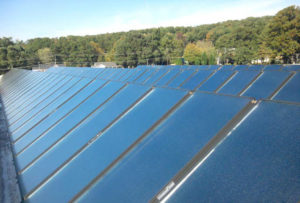 Beyond its waste reduction efforts, Acme-McCrary’s sustainability projects have included installing a solar thermal system at their dying facility to help heat up the 10,000 gallons of water used per day.  The company measures and discloses greenhouse gas emissions as well as their climate change strategies through the Carbon Disclosure Project and boasts being the only textile company in the Green Suppliers Network.

Plummer believes that sustainability is “looking at your business and the model of where you are plus where you want to be and trying to find out how you can positively affect your environment of work and your environment in the community to be a responsible partner.”

Is it working?  In 2011, Acme-McCrary was recognized as Walmart’s Vendor of the Year for Sustainability.