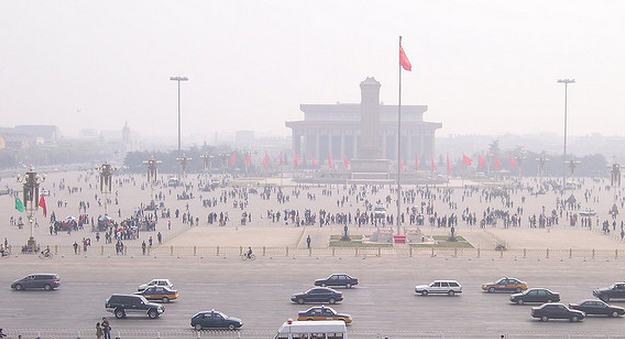 Chinese Premier Li Keqiang recently declared a “war on pollution” in an effort to bring China’s now notorious air-quality issues under control. While some have questioned the implications of such an effort for China’s economic growth targets, others are pointing to the massive investment opportunities represented by renewable energy, energy efficiency and other cleantech.

With the Triangle positioning itself as a hub for cleantech, there’s little doubt that China’s energy and cleantech landscape will have a direct impact on the North Carolina economy.

That’s why the 2014 EDGE Forum, being held at Duke University this Wednesday (March 26th, 2014) is focusing on this important topic:

Experts predict that up to 8 trillion yuan ($1.28 trillion) will be invested in the development of China’s green economy in its current Five-Year Plan (2011-15) period. By 2030, China is expected to more than double its power generating capacity. As China industrializes at a dramatic pace, government and business leaders recognize that this development must happen in a way that addresses the country’s rising pollution levels and constraints on natural resources. Both growth opportunities and environmental challenges abound. Targets for increasing investment in non-fossil fuels, reducing energy consumption per capita, rethinking transportation norms, and building low-carbon cities all represent innovation opportunities for China.

The EDGE Forum on Cleantech in China at Duke University’s Fuqua School of Business will look at China’s sustainable development future and its implications for the private sector. Through dynamic conversations and panel discussions, we will examine the tensions between social, economic, and environmental drivers in China, and highlight examples of clean technology innovations and investments that are shaping the market.

The Forum will conclude with a networking event with Triangle-area executives, entrepreneurs, investors, and Duke faculty, researchers, and students.