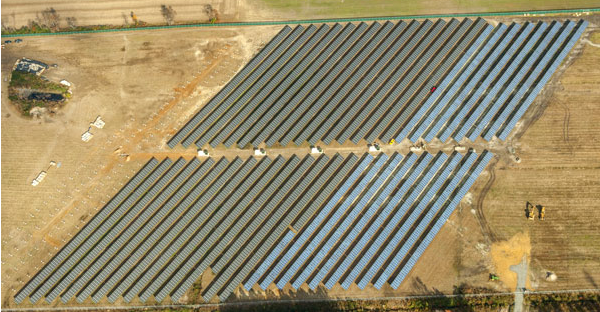 Duke Energy Renewables, a subsidiary of Duke Energy,  has started work on a 5MW solar project in Beaufort County. When complete, the project  will provide enough energy to supply enough energy to power approimately 1000 homes. The array sits next to an existing 12.5MW system, and the energy it generates will be sold through a 15-year agreement to North Carolina Eastern Municipal Power Agency (NCEMPA).

Installation for both the original project and the new extension was undertaken by SunEnergy1, a commercial solar power installer based out of Mooresville, NC. Kenny Habul, CEO of SunEnergy1, welcomed this latest project as yet another example of clean energy bringing jobs to rural North Carolina:

“The Duke Energy-owned White Post solar project, at more than 17 MW when totaling both phases, will be the largest system in North Carolina. The project has brought tremendous investment and job creation to Beaufort county. We at SunEnergy1 are very proud to be partnered with Duke and applaud their continued commitment to renewable solar power.”