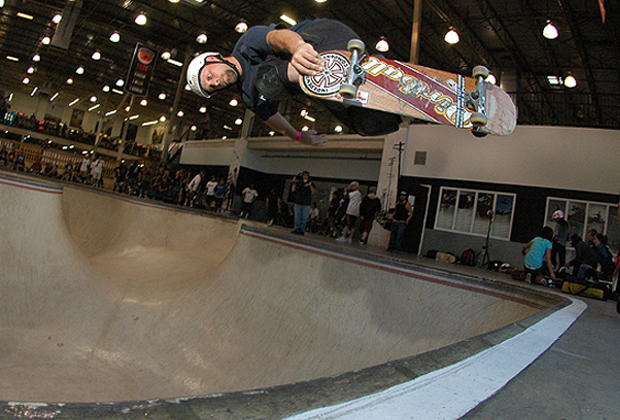 What do skate parks, Widespread Panic and 700,000 recycled water bottles have in common? These strange bedfellows are pieces of the story behind Dirtball Fashion, the Hickory, NC-based apparel company started by professional race car driver Joe Fox.  “I was burned out on where I was with my career and decided to make a change.”  Fox’s transition from race car driver to sustainability-minded business owner may seem odd at first glance, but it makes sense when you sit down to chat with Fox and witness his passion for creating American jobs, supporting local industry in his home state, and keeping waste out of the environment.

It started in 2007 when Fox attended a Widespread Panic show, where another concert-goer called his friend a “dirtball.”  Fox thought it would be funny to put the word on a few hats and hand them out to friends.  At the time, Fox was also disturbed by the statistic that two million plastic bottles are used and discarded in the U.S. every ten minutes. He admits at the outset, he had no clue about cut/sew engineering or even the different between knit and woven. But he took a stab anyway at turning a joke between friends into a full-blown, made in America, eco-focused brand.  Five years later, Fox heads an apparel company that boasts a 100 percent annual growth rate for three years straight. Besides t-shirts with slogans like “Green Your Routine”, the company markets clothing, accessories, and other products to skateboard enthusiasts and Gen Y consumers under the slogan “Youth for the Environment.”

Fox sees a sustainable business model as helping local charities, local workforce, and the environment.  “Smaller startups like myself can do that because that’s their motto right out of the gate. But bigger ships can’t always achieve that because the majority are publicly traded and answer to their shareholders who don’t demand any sort of change for their product to be made for the better.”

For every 100,000 T-shirts Dirtball produces, the company keeps 700,000 bottles out of landfills, 400 tons of carbon emissions out of the air and 500 barrels of oil out of the environment, while saving five U.S. manufacturing jobs and approximately 916,000 gallons of fresh water. All Dirtball T-shirts are 65 percent recycled cotton, 35 percent recycled polyester, contain seven 16oz water bottles and are printed with water-based or pthalate-free ink.

Fox points to the supply chain as the most challenging part of being a sustainable business. Trade agreements like NAFTA and CAFTA have made it difficult at times for Fox to get eco-friendly raw material in the U.S., and it has to be imported.  But Fox is adamant that all of the company’s apparel be assembled in the U.S.  “The decks have been stacked against us. Price point is still the driving factor because of the economy, but we have to figure out how to make margins that are acceptable to the consumer for them to buy our product.  We don’t have nearly the margins that companies like Nike have who make their product in, say, Vietnam. The textile industry is in a continual contraction here. You can find the knit, yarn, and finish but you start struggling with the cut/sew.”

Someday, Fox hopes to add to his eclectic list of jobs and run for Congressional office, where he says he would work on bringing manufacturing jobs back to the U.S.  But, in the meantime, Fox won’t wait for public policy to be the silver bullet for pushing eco-friendly products forward.  Dirtball will (yes, pun intended) keep racing to the finish line with Fox in the driver’s seat.