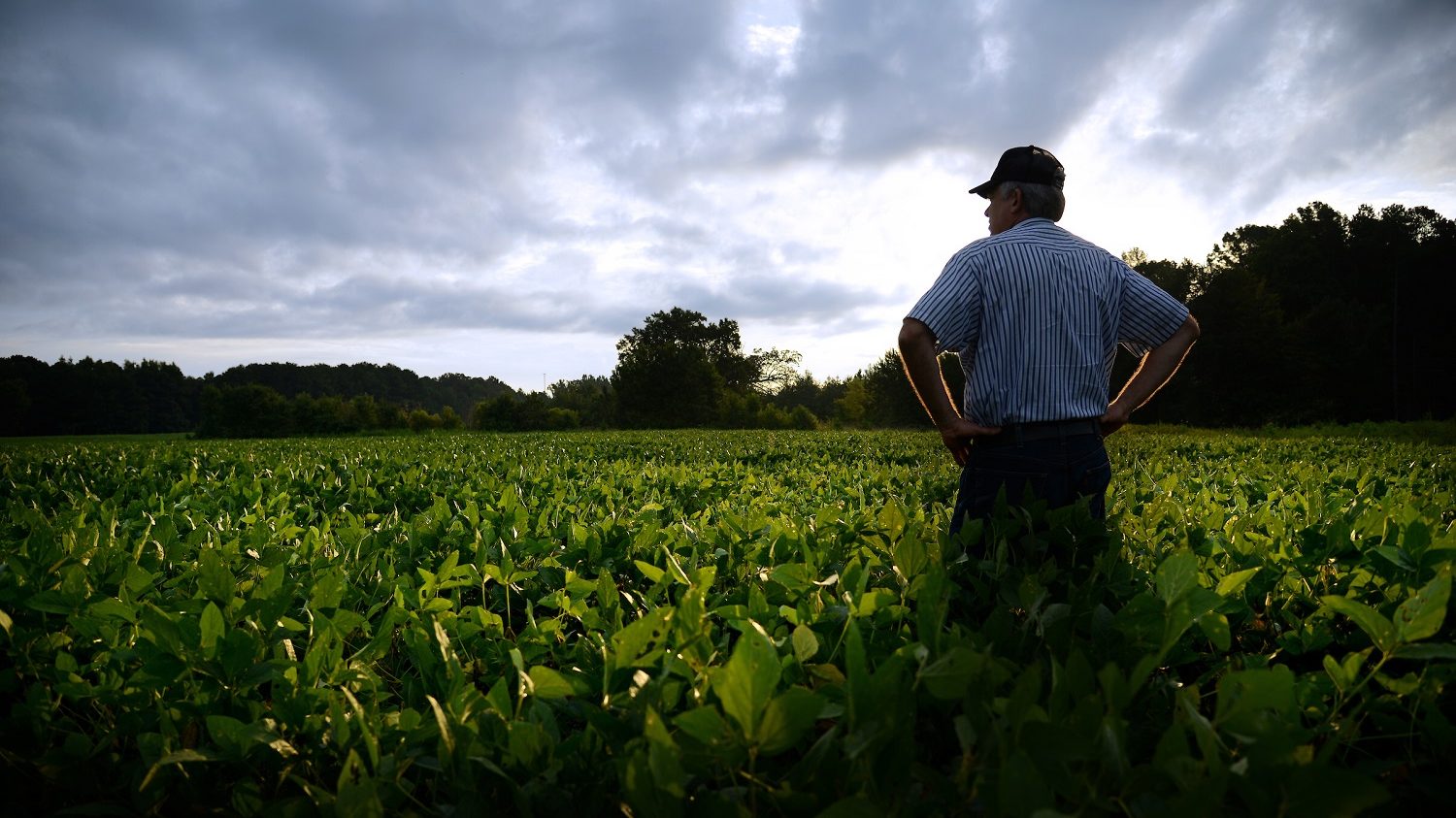 Collards and cabbages from farms in Warren County are finding their way back into nearby school cafeterias, thanks to Working Landscape’s Chopped Produce Initiative. The initiative purchases greens from three local farmers; chops the greens in their certified processing facility and then delivers them to customers’ cafeterias.

Many farmers in the area still depend on tobacco as a primary cash crop, however, it no longer provides the strong returns it did in the 20th century. The number of farms in the area is shrinking, and many farmers are actively seeking new sources of revenue. Though the prospect of relocalizing the food system is appealing for the predominantly rural county, a lack of key infrastructure makes it hard for farmers to meet the growing demand for local produce.

Direct sale of produce at farmers’ markets is incredibly labor intensive, and only a small segment of consumers are willing to process raw produce themselves. Farmers often prefer to grow on contract, where someone has already agreed to purchase a crop before they invest resources into bringing it to harvest. In order for vegetables to become an important revenue source for Warren County farmers, someone else would need to help with the marketing and processing challenge.

This is where the Chopped Produce Initiative comes in. They transformed an abandoned cotton gin into a certified vegetable processing facility. The new facility is complete with professional cabbage and collard chopping machines and ample refrigeration space. With this infrastructure in place, local produce can be efficiently turned into bags of pre-cut greens, ready to wash, cook and serve. These bags of greens were tailored to meet the needs of school cafeterias, some of the biggest food consumers in the area.

When school systems start buying food from local farmers, it can have a significant impact on the local economy. Inspired by the success of New North Florida Cooperative’s farm to school initiative, local grower and agricultural teacher Victor Hunt brought the idea for the Chopped Produce Initiative to Working Landscapes.

From the beginning, the Chopped Produce Initiative partnered closely with Warren County Schools’ Nutrition Program. They worked with a local Child Nutrition Director to develop the right kind of products for school cafeterias. The initiative’s chopped cabbage and collards satisfy school systems’ dark leafy green requirements and are identical to what cafeteria workers are used to receiving from large food distributors.

They had no trouble finding three local farmers who were happy to have a local customer willing to purchase large amounts of collards and cabbage on contract. Initiative staff worked with these farmers to become Good Agricultural Practices (GAP) certified, a required certification to sell to a school system. The first harvest came in November 2013, and a few days later, Warren County school children enjoyed fresh, local greens in their cafeteria for the first time in decades.

Since then, the initiative has grown steadily. In the 2014-2015 season, they purchased almost 19,000 pounds of cabbage and collards from their three farmers. They processed and delivered these greens to seven nearby school districts. They have also partnered with Farmer FoodShare and FreshPoint Food Distributor to deliver their produce to two childcare centers, as well as UNC Chapel Hill. Their goal is to grow sales to 60,000 pounds by next February.

In addition to supporting farmers, the initiative also employs twelve local residents in the processing facility, including a few high school students. Instead of sending their food budget to large, multi-national corporations, local school systems are putting a portion of that money right back into their community.

The Chopped Produce Initiative is still in its infancy, with plenty of room to grow. Their three farmers will happily supply more vegetables, and they already have other farmers excited to participate if demand outpaces supply. More potential customers contact them each season, but a lack of refrigerated transport vehicles limits how far their greens can travel. If they can secure funds to purchase a refrigerated van, their potential customer base expands enormously.

They are still streamlining their chopped collard and cabbage production process, but program director Tim Williams is already exploring other market opportunities. He knows there is a huge demand for pre-washed romaine lettuce in school cafeterias, but their facility does not yet have the capacity to offer pre-washed products.

The initiative is part of Working Landscape’s larger effort to build more sustainable livelihoods in Warren County through stewardship of natural and cultural assets. In addition to the processing center, they have also created Warren FoodWorks, a gathering space, cafe, bakery, store and community kitchen. Instead of tossing out extra pieces of meat or veggies, chefs at the cafe transform them into nutritious soup stock. This summer, the cafe is beginning to offer takeaway dinners and desserts.

In addition to offering locally-sourced meat, produce and meals direct to customers, FoodWorks also offers a shared-use commercial kitchen for local food entrepreneurs to rent. These chefs and bakers could grow into major customers for other local farmers. Rebuilding a local food system is a slow process, but Working Landscape’s efforts in Warren County are already beginning to bear fruit.