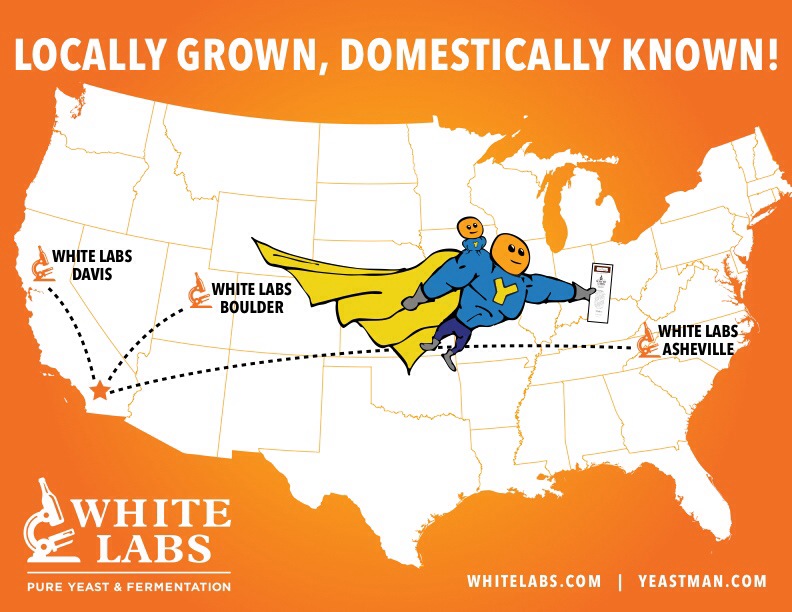 North Carolina brewers make some of the best beer in the country, but they can’t take all the credit. At the heart of every great tasting brew is a specialty yeast culture. Until now, most Carolina brewers had to rely on yeasts produced in California or Washington state, but that is about to change.

In January, White Labs, America’s leading producer of brewers yeast, announced it will open a branch in Asheville, solidifying Asheville’s place as the craft brewing capital of the east coast. White Labs is a worldwide leader in fermentation sciences for brewers and winemakers. The company’s yeast is already at the heart of many well-known microbrews, and is popular amongst home brewers as well.

White Labs has already purchased a 26,000-square-foot building and plans to have the site up and running by the end of the 2015. Like the company’s headquarters in San Diego, the building will have both a laboratory and tasting room on site. The laboratory will produce many types of yeasts for the company’s east coast clients, and serve as a research and development hub. At the tasting room, visitors will have a chance to taste how adding different yeasts to the same batch of ingredients produces wildly different beers. White Labs will also use the space to offer workshops for industry professionals and home-brewers alike.

White Labs plans to hire sixty-five new employees for variety of positions, ranging from trained scientists to sales representatives. It will invest $8.1 million in the facility in the next five years.

The White Labs team is at the cutting edge of fermentation science, and responsible for many recent innovations in the field, from a process used to make delicious gluten-free beer, to the FlexCell propagation process, which allowed the company to drastically reduce their ecological footprint. It is currently involved in an effort to map the genome of different strands of yeast, which could result in an explosion of novel-tasting brews.

Soon, some of this research will be taking place in the North Carolina mountains.