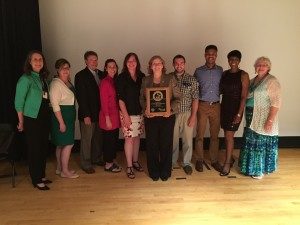 In April, Raleigh became the first community in North Carolina to achieve certification through the national STAR Community Rating System. The rating system uses city data to measure participants sustainability efforts, as well as economic, social and cultural goals. Raleigh received four out of five possible stars, thanks to its commitment to sustainability, its strong local economy and its thriving art scene.

From the city of Raleigh’s press release:

“The City of Raleigh has a long commitment to sustainability with a focus not only on environmental stewardship but also on economic strength and social equity,” said Mayor McFarlane. “The 4-STAR Community Rating for national excellence is a culmination of the hard work and innovative ideas of City staff and the community in not only promoting sustainable ideas but recognizing sustainable programs as a cornerstone of Raleigh’s future.”

The certification process also gave city officials feedback on areas with room for improvement. In order to join Seattle, WA and Northampton, MA as a certified five STAR community, Raleigh will need to focus more attention on environmental justice and equitable access to services and infrastructure.