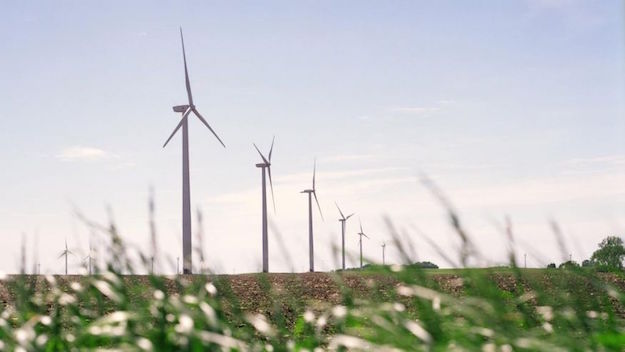 When Target announced last week it was putting solar on eight NC stores (Charlotte Business Journal reports this figure may actually be 25 to 30 stores), and figures showed that natural gas beat out coal for the first time ever in NC, we suggested that North Carolina’s energy landscape was changing fast. This week brings more evidence of this fact, with news outlets across the country reporting that construction will begin on a $600 million wind power installation near Elizabeth City. Not only will it be the state’s first utility-scale wind power plant, but actually the region’s first. As reported by the Associated Press, new technology is making wind power viable in a region once thought to have too light winds:

Right now, there’s not a spark of electricity generated from wind in nine states across the Southeast from Arkansas to Florida, according to data from the American Wind Energy Association, an industry trade group. But taller towers and bigger turbines are unlocking new potential in the South, according to the U.S. Department of Energy, and the industry is already looking to invest. And with the electricity system in the region undergoing a period of change as coal plants are phased out, some experts believe the door is open for renewables like wind.

Also worth noting, given that Google, Apple, and Facebook recently spoke out against freezing North Carolina’s Renewable Energy Portfolio Standard (REPS), is the fact that Amazon Web Services will be buying the electricity from the farm to supply its data centers. Amazon recently committed to securing its electricity from 100% renewable sources, has faced criticism in the past from environmental groups for its relative lack of support for clean energy.

Bloomberg Business reports that the wind farm will begin operation in December 2016. Many clean energy advocates will now be watching intently to see if this development will speed up the acceptance of offshore wind in the state, a technology which could go a significant way toward providing 100% of North Carolina’s power from renewables.